Home > Why Christina Lesher > About Us 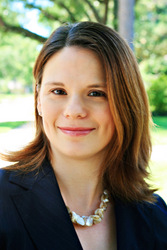 Christina is a frequent speaker to local professional and community groups. Past engagements include: Marathon Oil, KBR, the FBI, and regular appearances on the Houston’s Local Fox station “Wake Up Money” segment.

Prior to becoming an attorney, she was a caregiver for her grandfather who had dementia.  Christina has dedicated her career to assisting older adults and persons with special needs. A native of Huntsville, Texas, she now resides in Houston with her husband, Kirby, her mother Lois, and sons Luke and Max. Bar Admissions: Texas, 2003 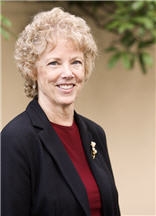 She is licensed to practice in Texas and Missouri, and is admitted to practice in the Western, Northern and Southern federal District Courts in Texas, the United States District Court for the Western District of Missouri, the Fifth Circuit Court of Appeals and the United States Tax Court.  She is also a member of the College of the State Bar of Texas, and the Special Needs Alliance.

She has served as a panelist and presenter at conferences for legal and financial professionals.  From 2002 through 2005 she was a lecturer in Estate Planning and Business law in the Finance Department at Southwest Texas State University.

Her community activities include, among others, the YMCA of Austin, where she served as Chair of the Southwest Branch Committee of Managers from 1992-1994, and on the Metropolitan Board of Directors from 1995 – 2004, and as the first Chair of the new Springs Family Branch; board member United Way of Hays County (1994-2009); former member of the Board of Directors of Helping Hands, a food and financial resource center for those in need in Dripping Springs (1996-2009); Chairman of the Board of Directors of Hill Country Cottages, Inc. in Dripping Springs, a provider of affordable housing for the elderly.  Ms. Miller currently sits as the Municipal Judge in Dripping Springs and as a Commissioner of the Hays County Emergency Services District #6.

Bonnie Brown is a solo practitioner in Houston, Texas, and is Of Counsel with the Law Office of Christina Lesher.  She received her Juris Doctorate from the University of Houston School of Law in December, 1972, and was admitted to the State Bar of Texas in April, 1973.  Before attending law school Bonnie received her Bachelor of Arts in Economics and Business Administration in 1969, from Rice University.

Bonnie speaks to local community groups in the area of wills, probate, and advance directives, including the annual Interfaith Caregiver Conference in the Woodlands, the Lavaca County Retired Teachers’ Association, and the Glazier Senior Center.

A Houston native, Bonnie currently resides in the Lindale Park area with her two rescue Golden Retrievers, Belle and Shiner.  Bonnie participates in the Houston Volunteer Lawyers Will-a-thon, has been active in Golden Retriever rescue, and is a Houston Livestock Show and Rodeo volunteer.

Robert Pierce is a graduate of Texas State University with a Bachelors Degree in Psychology and a minor in Social Work. He is looking forward to returning to school for a Masters degree in Social Work in the near future. Robert has 15 years of experience working with people with acquired brain injuries, for ten of those years he was a director of long term and behavioral homes. Robert is a certified Brian Injury specialist and a Non-Violent Crisis Intervention instructor. After being in central Texas for over 16 years he is happy to return to the Houston area where he was born and raised. 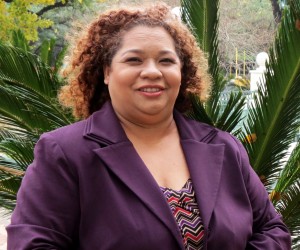 Nora Fuentes is a graduate of the University of Houston-Clear Lake with a Bachelors Degree in History.  She is attending the University of Houston-Clear Lake in pursuit of a Master’s Degree in Cross-Cultural Studies.  Nora was employed with the State of Texas for thirteen years prior to joining the Law Office of Christina Lesher, PC, in November 2012, as a Legal Assistant. She has experience in Medicaid and Long-Term Care issues and loves to work with the elderly as well as our special needs clients.  Nora has lived in Houston, Texas since 1982 and continues to reside here with her husband, Jose, and her 16 year old son, Joey.

If you would like elder law assistance contact us today to get started. You can reach us at 713-529-5900 to schedule an initial appointment, or send us a contact form to get started.

Contact Christina Lesher Today
What Clients are Saying
The best decision we ever made was scheduling an appointment with Christina Lesher
- Malcom S.
During my first visit, Christina explained my different options. I went home that night and got the first good night sleep I had in a couple of years.
- Bob H.
I would highly recommend Christina Lesher, as she is a most knowledgeable elder law expert.
- Robert W.
Every step of the way Christina made me feel like I was her only client.
- Sandy K.
Christina Lesher gave me the tools that I needed to comfortably enter my father into a retirement home. Her staff helped to make the transition easy.
- Valerie B.
Christina was the glue that kept all of us together and kept me focused on what had to be accomplished I could not have done it without her.
- Marcy S.

Thank you so much for visiting my website. Don’t worry- we are still booking new client appointments and assisting current clients.